Erdoğan Vergina Güneşi aldı
The Erdogan… is stealing the Sun of Vergina!

Erdogan,
former Ruler of the Metropolis of the  and now the Sultan, as Greek origin*, slightly exaggerating ...! 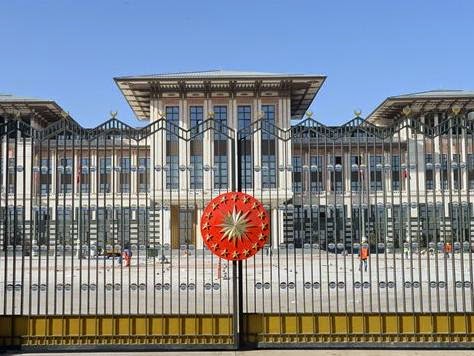 The Sultan Erdoganos is very Great... Inventor!
Here he discovered the... !

A little of respect, from the large heir of Hellenic Byzantium,
will not hurt him.
The Greeks, by their sufferings,
know well what means Hubris and Nemesis!
- Said the Prophytis -