The Advertisement of a Surgeon Urologist-Andrologist, Therapist from Ancient Egypt (1350 BC) and the Hieroglyphs!

by BOUZANIS K.
Knower-Teacher of Pictographic & of Ancient Linear Scripture


The Advertisement of a Surgeon Therapist from Ancient Egypt and the end of a failed venture!
It is necessary, we must to reread the Hieroglyphs!

The Ancient World is full of inscriptions with the Common, Global, Eikonogrammato & Palaeogrammiko System of Writing-Reading of ancient speech! 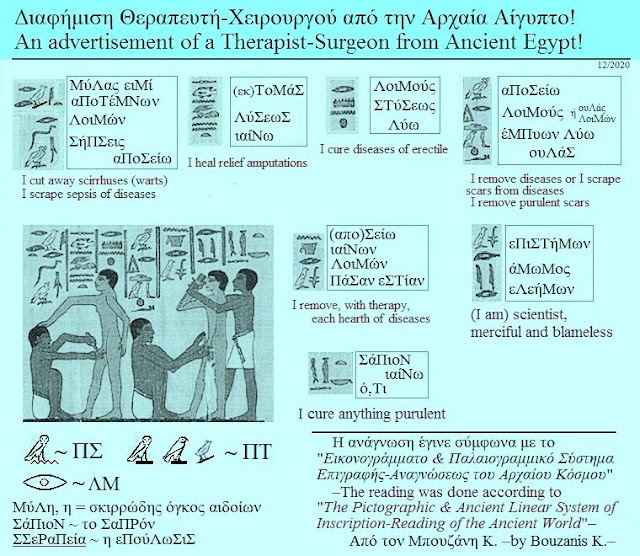 And here, at Ancient Egypt, beats the heart of Hellenism!

[Caution, do not misunderstand the meaning of the Hellenism why would disrupted the Barbarians* and, above all, to you are righteous to children-Greeks... 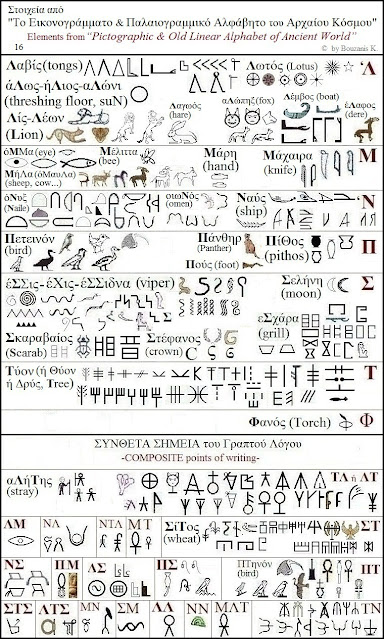 Here, the advertisement about the offer of services a Surgeon Healer enlists and the written word, beyond the picture, is addressed at laymen but at literate Egyptians! The local, Egyptian Idiom of Writing is formed from the Common, Eikonogrammati & Palaeogrammiki Writing of Sea Peoples of the Mediterranean and of around the Mediterranean, prehistoric World!

The Horapollo from Nile, grammarian of Alexandria, with his "hieroglyphs" (Patmos 1419), while appears as an expert, not failed to convince us, but his deliberately misinformed us! His followed the Lord of Delphi, the Plutarch who, two millennia now, is struggling to conceal rather than reveal the truth about the "E of Delphi".