The Phaistos Disc in two pages!

Phaistos Disc is a guide of standard inscriptions and orders for inscription makers-decorators of sanctuaries of the Sun God.

Eighteen years busy with the Disk of Phaistos, we had to travel around the ancient written* world and its icons and human speech, after three… attempts to read it, we reached the first God of the Panhellenes, the universal God, we reached to the son of Leto**, the Sun. The famous Ancient Greeks, in the beginnings of the first millennium BC., for their own account, they degraded this first God and replaced him with another Titan, with the father of gods and men, Zeus***.

* WRiTTe ~ ΧαΡάΤΤω ~ ΧαΡάΣΣω = I paint. ** LeTo ~ the celestial dome that gave birth to the Sun-Apollo and the Moon-Artemis ~ Istar. *** Zeus the Cronius ~ the one born of the earth’ s mud. 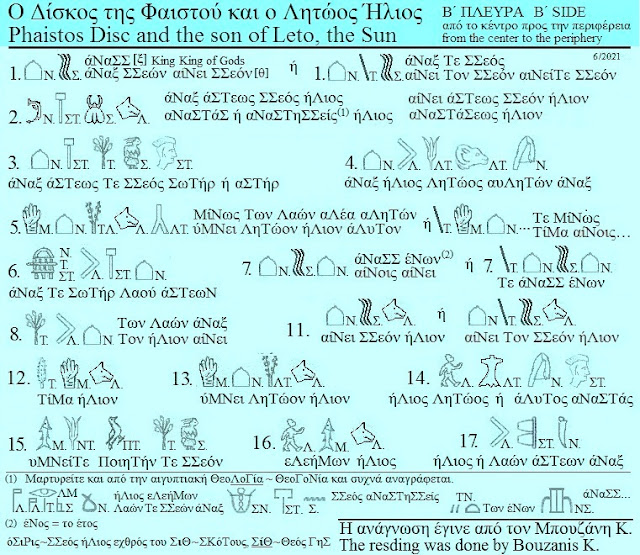 It will be completed soon…

For reading was used Elements - Letters from: 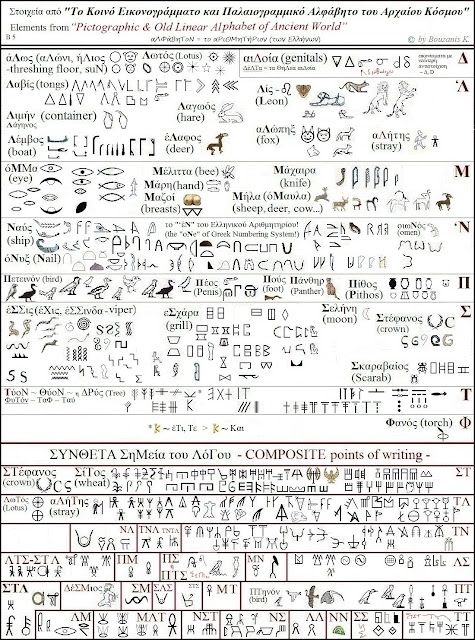 The famous Phaistos Disc is a printed report of actions, a model-guide for drafting documents of the association of Appraisers-Administrators-Answerables of the Shopping Center of Phaestos. 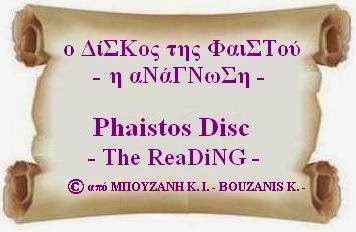 A guide for documents drafting and their inscription at the ancient Phaistos commercial center. 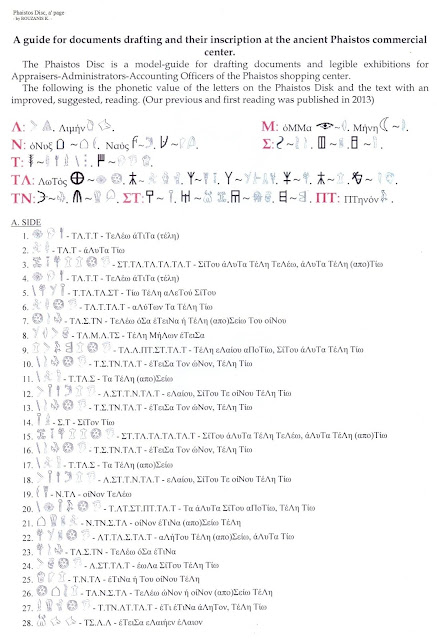 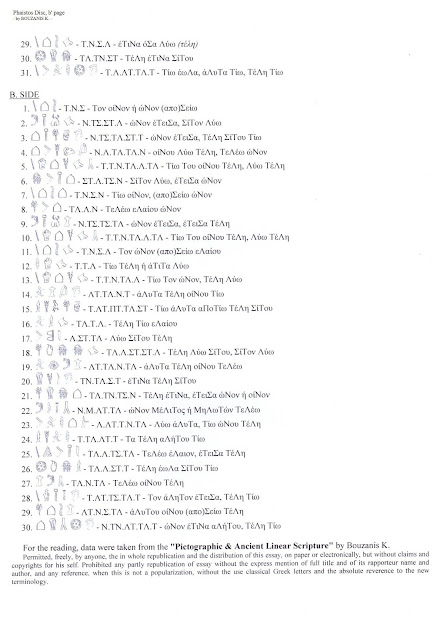 "Simple the speech truth" and for the unraveling of the Ancient speaking mysteries needs a few simple words. Especially for the Phaistos Disk need two pages, two words quotes and sixty-one oligogrammates rows!
In a mall, sure, they wrote various types of useful documents. The Phaistos Disc reveals a novel idea of convenience and elegance of printed text, which evolved into an ambitious project to forty five (45) miniatures, seals - elements, with their variety, letters.
For reasons of economy, which does not seem to has be asked, could used the minimum number of stamps - seven (7), let we say - avoid the variety the complex letters, ie to has be implement a complete, one-to-one correspondence of main sounds and of signs of inscription & reading, and attempt to cover the exact inscription & reading of ancient speech.
The inexperience of the typesetter, who betray the erasures, the corrections and the patches, putting us in thoughts. The compositor is literate or not? Is he the author of the text and writes "from breast" or dictation or he replicates from another text, which is written with the same or in the case of transcription, with another idiom of inscription eg the Palaiogrammiko? This document is a draft, it is a test or and remained one... attempt? That mean, after the corrections, erasures and interference, has not copied and consequently, was not destroyed and it assures us that he was a formal document for... Registry of Mortgages and not a medieval fairy tale - mystery for gullible and for every stupid. 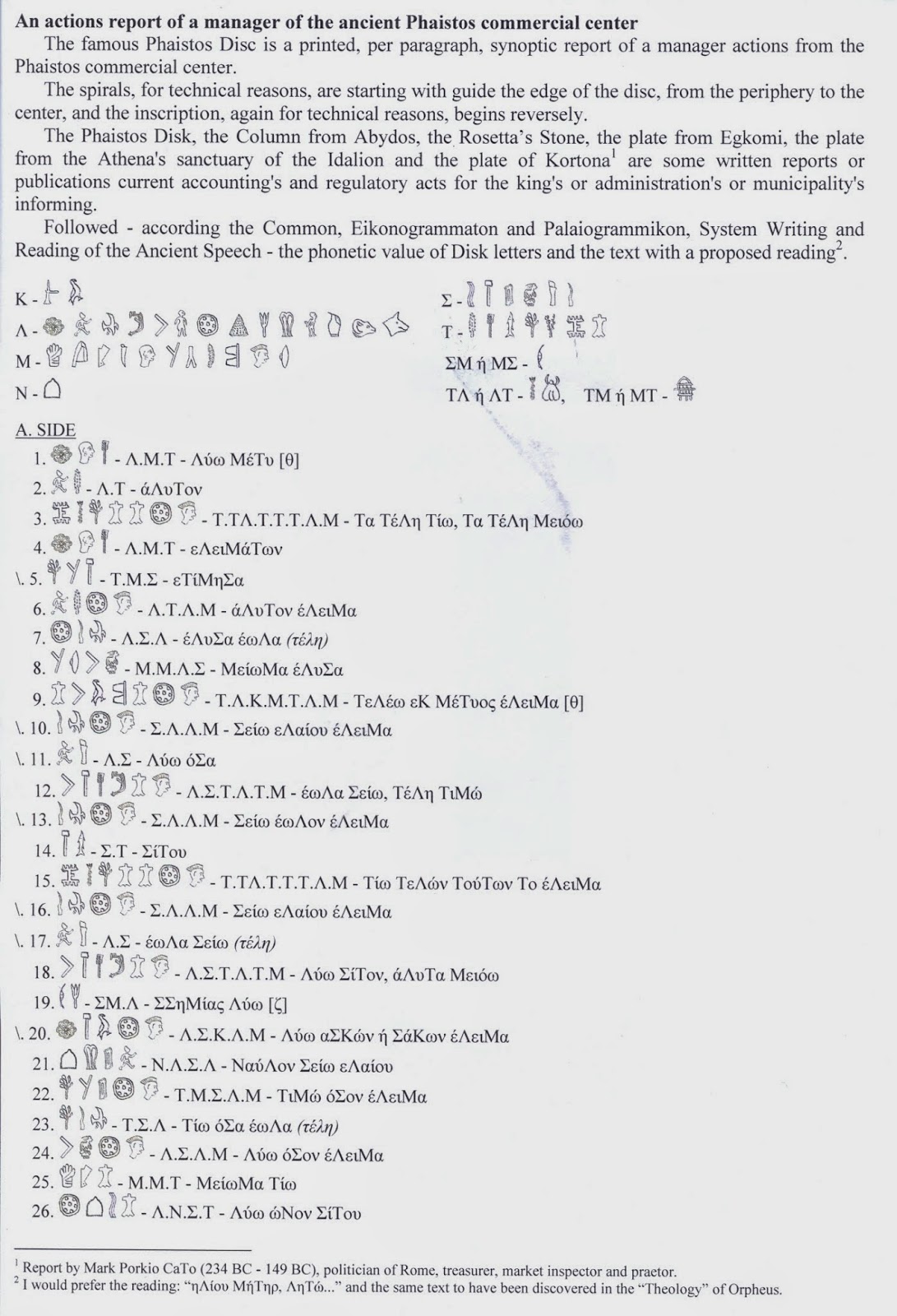 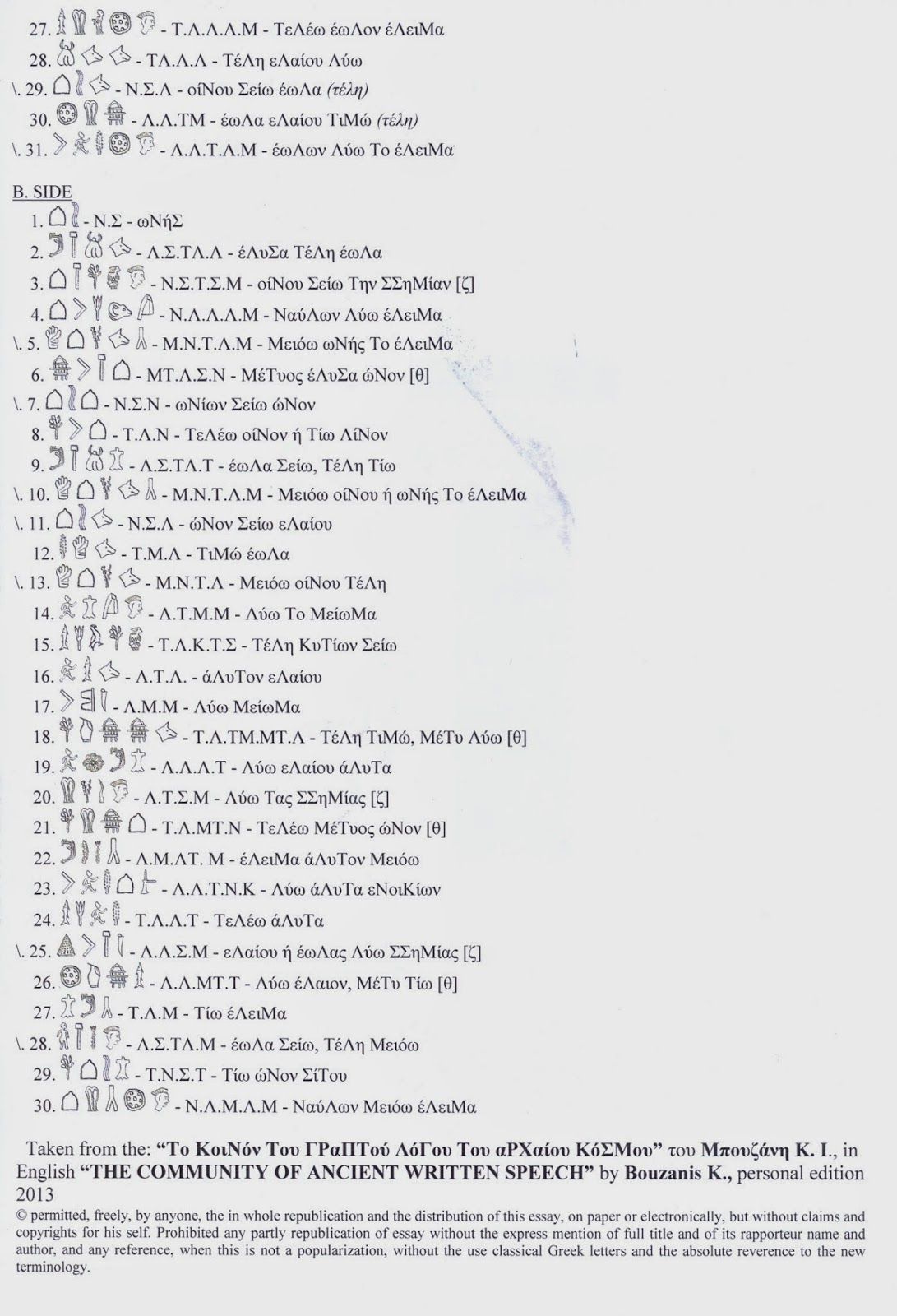