Poetic of Hieroglyphics Points and… specialists Horapollo from Nilos and the Frenchman Champollion!


- The Ancient World is full of inscriptions with the Eikonogrammato & Palaiogrammiko system! - 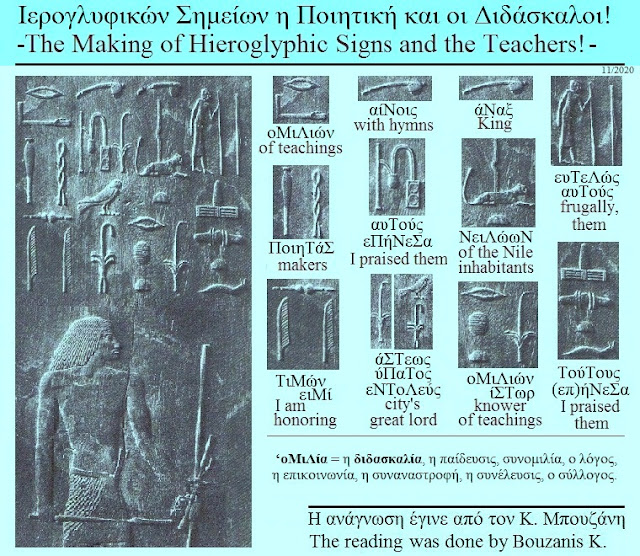 and HERE, at those Vessel, is beating heart Protogeneias of Hellenism
(Caution! Do not misunderstand the meaning of the Hellenism.
It may bother the eternally... kids, the Greeks!) 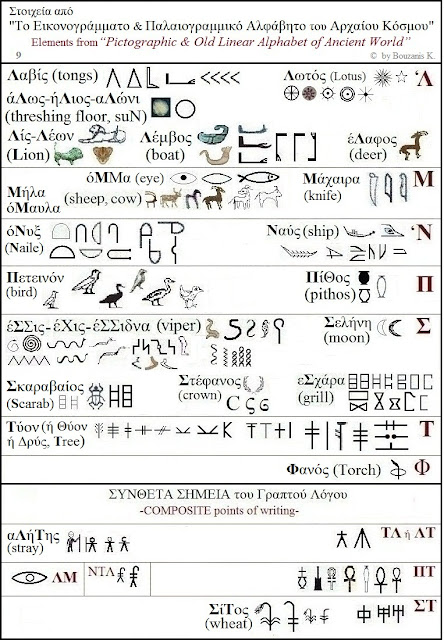 The pithos-jar with pens of inscription and the... inkwell that the Secretary keeps, intelligently have chosen by the... infinite letters for "P" and for "S", respectively, and are not illustrations or ideographs mentioning to secretaries!

Here, we will not say vices for Ancient Adepts! We will keep Plutarch and Horapollo to... ratify the "The Code of Generation and Enrichment ofUniversal Speech".

In the beginning was the word! The reasonable person have voice, therefore, not writes... illustrators!
We, here, will teach Eikonogrammati and Palaeogrammiki Scripture.

– Knower of the poetics of ancient letters
is he talking!
Some affairs of Humanity is purely Greek affairs,
said the Prophytis –
[Prophytis = Underminer]