The Temple-Tomb of Beauty for prayers, hymns and the Resurrection of Kalloni Queen from Ancient Egypt! (2000 BC)

A Temple-Tomb of the Resurrection, port of Εternity, the Hieroglyphs and the end of two failed ventures!
It is necessary, we must to reread the Hieroglyphs in language which they were written!

The Ancient World is full of inscriptions with the Common, Global, Pictographic & Ancient Linear System of Writing-Reading of ancient speech! 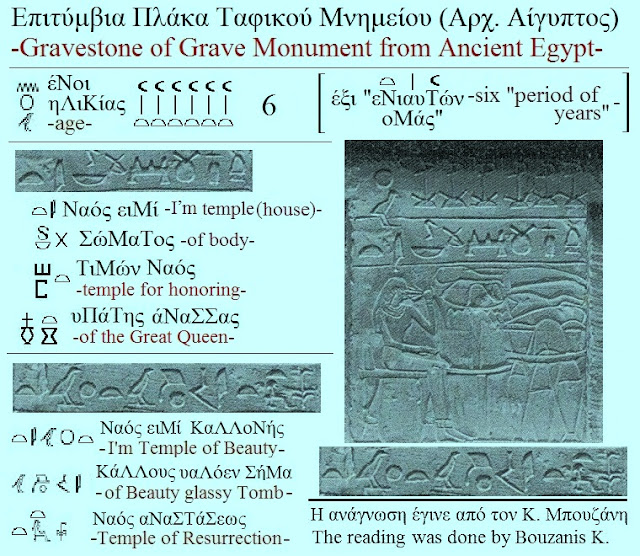 And here, on Gravestone of this Grave Monument of Kalloni Queen (from... German Museum!), beats the heart of the unique Protogeneias Hellenism!
[Caution, do not misunderstand the meaning of the Hellenism why would disrupted the Barbarians* and, above all, to you are righteous to children-Greeks...
*Barbarian=everyone who speak different language! (Herodotus)] 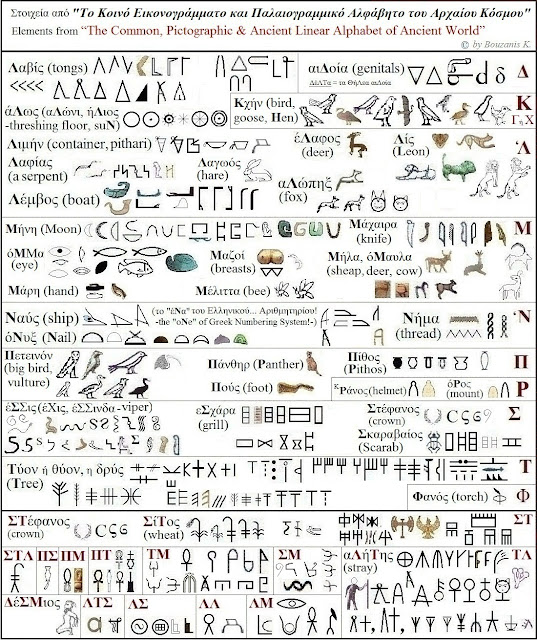 Here, the Gravestone-Templo of Grave Monument of Kalloni Queen*, enlists and the written word, is addressed at laymen but at literate Egyptians! The local, Egyptian Idiom of Writing is formed from the Common, Eikonogrammati & Palaiogrammiki Writing of Sea Peoples** of the Mediterranean and of around the Mediterranean, prehistoric World!

Partly, then, the Hieroglyph Scripture of Ancient Egypt and Palaeogrammiki Scripture of Greeks have deciphered… successfully! - Someone had something to ... decrypt! -
The Champollion, phenomenon intelligences (... French!), will find his own path through the Supreme Ruler and King, the Ptolemaios, and through Cleopatra, from Egypt of G. Alexander and when luck will not be able to follow him, he will  teach a dual Egyptian Marking and Reading System, based on vocal letters, this one, and the other an ideographic notation!
He will serves to us the same... intelligence that, a century later, two other sages (... Englishmen!), M. Ventris and J. Chadwick, deciphered(!) the Palaeogrammiki Scripture after the split in Linear b΄... it sat on them, and in Linear a΄... it did not make the grace them and stayed to wait, in vain, an… wiser American or German!